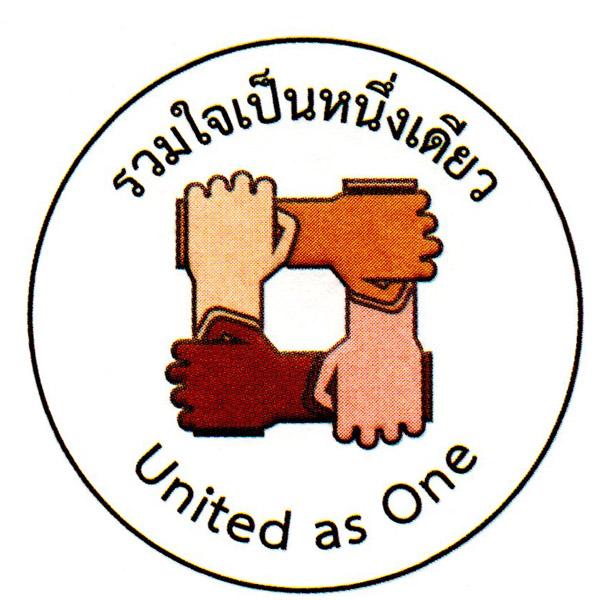 For more than two weeks in late June and July of 2018, the word was mesmerized by news from Thailand that 12 young football players and their coach had become trapped in a flooded cave in the Northern part of the country.

Over the course of the rescue operation, a huge international team or rescuers assembled at the cave to help. In addition, millions or viewers all over the world sent prayers and support.

While it was an international team of divers that discovered and extracted the trapped footballers, The King of Thailand and the government have given much credit to the media for making those international divers aware of the situation.   Jaiyen Digital Media was among the many journalists reporting from the cave and surrounding areas.

On September  6, 2018 we were invited by the King of Thailand to attend a party to say thank you to all the rescuers, volunteers and members of the media for their assistance in the successful mission.

Because of the worldwide cooperation and the party was given the title of “United as One”. 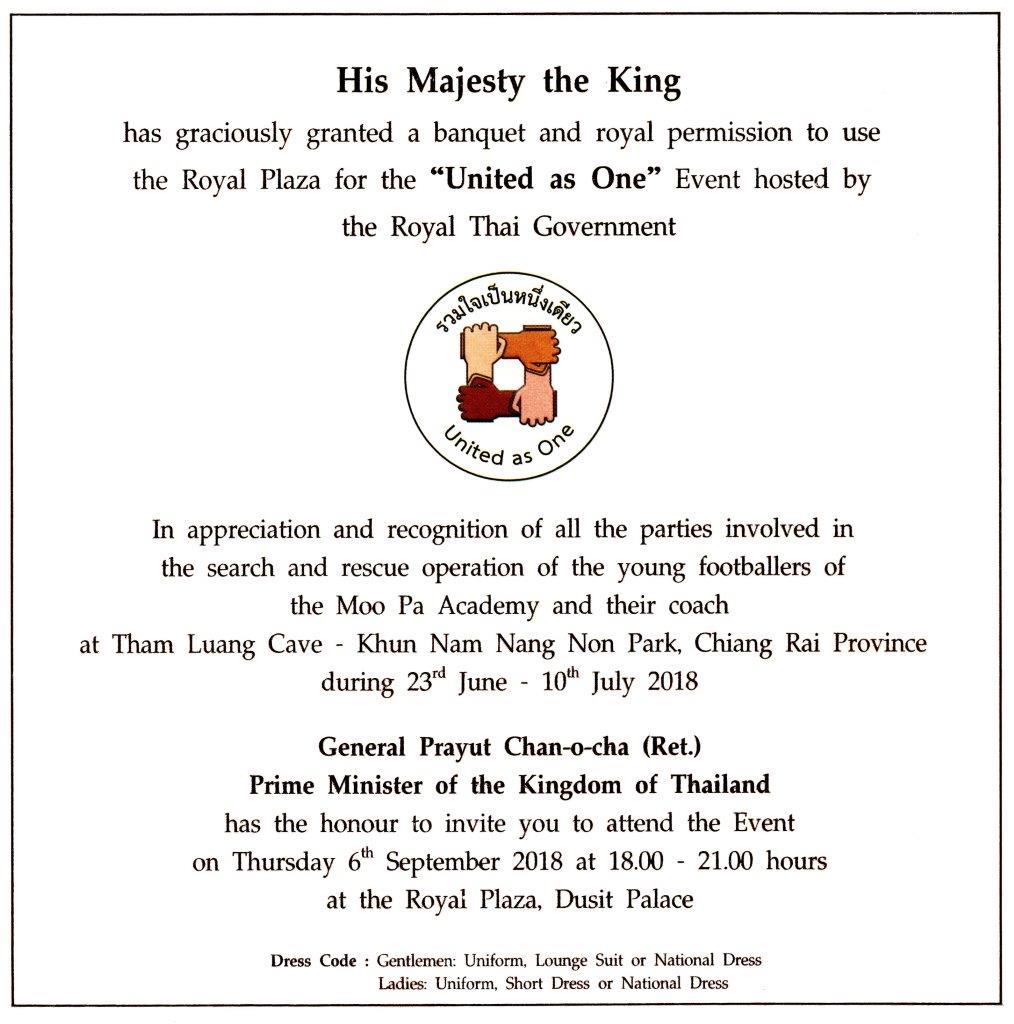 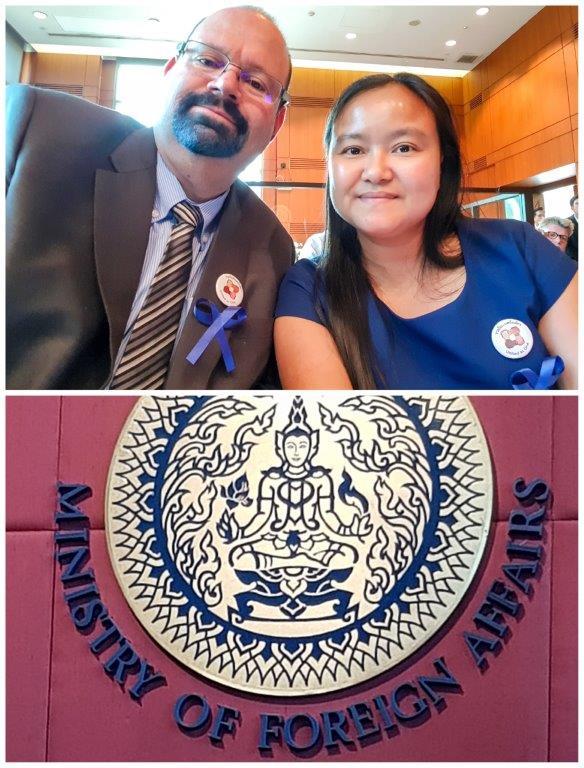 We arrived at the Ministry of Foreign Affairs, which is the government body that handles journalists and were transported by private coach to the Royal Plaza at Ducit Palace.

Journalist were in the section just behind the divers, rescuers and the Prime Minister of Thailand.

Amazing food and entertainment were provided for everyone to enjoy.

All journalists were given 2 letters from the King thanking them for their assistance with the rescue.  A few journalists, including our owner David Foster, were selected to receive their letter on stage from the King’s guard.  It was quite an honor for us!

The letters can be seen below. 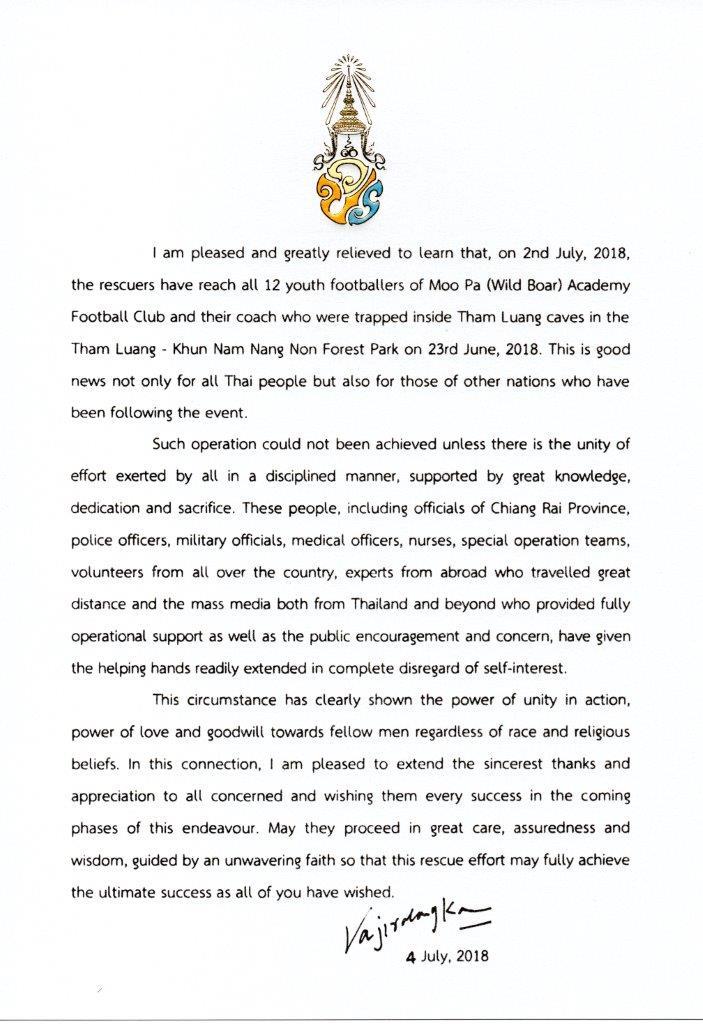 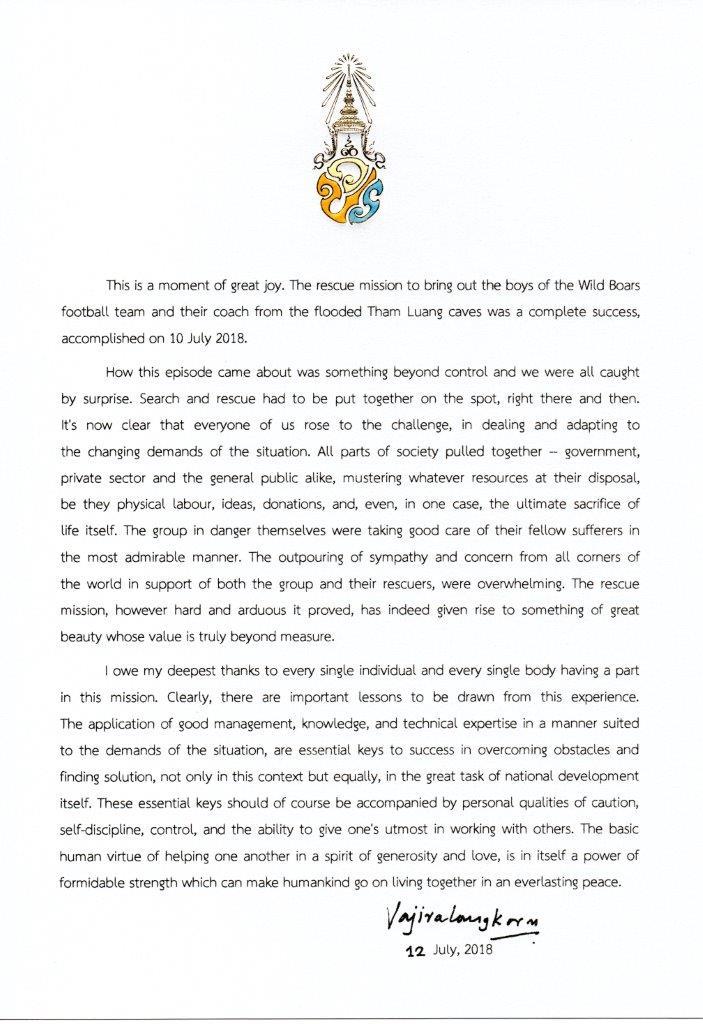 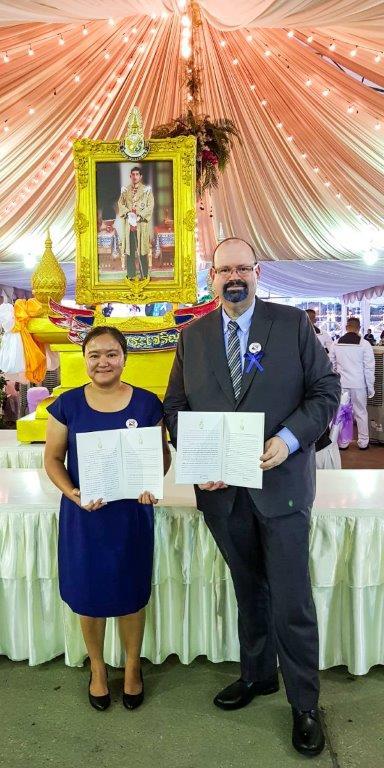 Jaiyen Digital Media owner, David Foster and Fixer, Naphat "Tik" Arichit pose in front of a portrait of the King of Thailand displaying the letters of thanks the King has given to journalists that covered the cave rescue
0Shares
LiveUBroadcastTV NewsCave RescueTham LuangThailandKing of Thailand 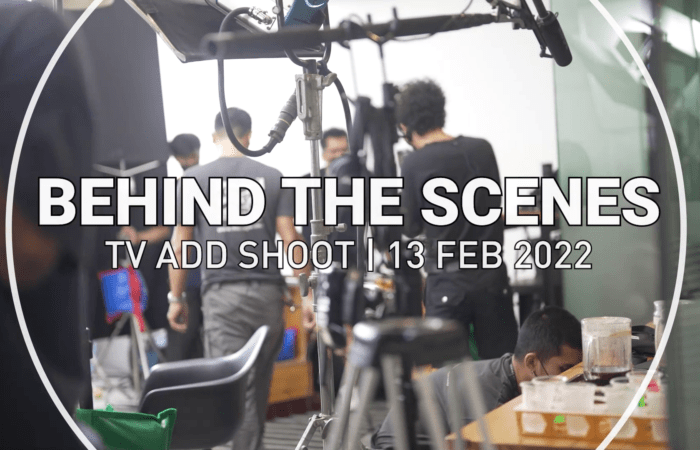 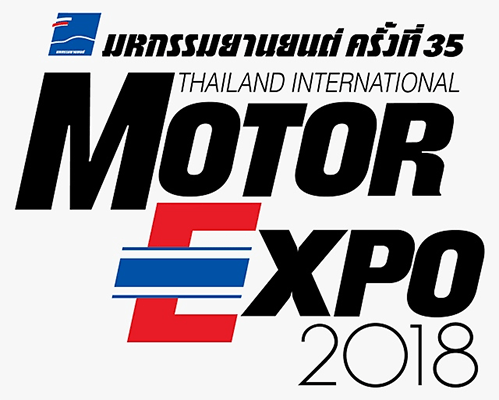